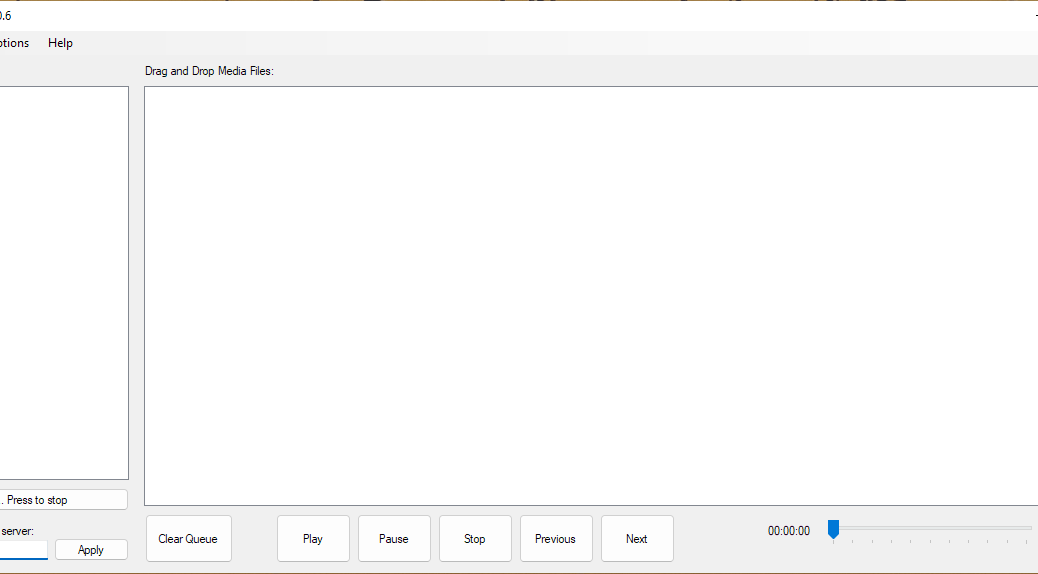 It’s been a long time since I’ve shared some news on my DLNA Player software. Truth is, I’ve been taking a break on working on personal projects. I’ve been mostly watching movies and resting, but these days I’ve decided to start working on some software again. In this post, I’d like to tell you what have been integrated in the software.

In terms of the user interface, not much has changed. There’s now a new Options menu where now you can decide to decode the following formats:

Or you can decide to decode the above formats to FLAC instead of WAV. This has been added to increase compatibility with renderers.

One thing I did on these days is make sure certain decoder software is present to prevent issues while trying to decode audio. Specifically, the software tries to run the following software at startup:

Ffmpeg is also needed if we want to use it instead of flac.exe and opusdec.exe, or if we want to decode the audio files to FLAC instead of WAV. If any if these software is not present, the corresponding options will be greyed.

Under the hood, some code refactoring went around at some parts to stabilize the decoding, streaming and user interface. For example, the initial loading will now not freeze the User Interface (UI) as it will happen on a separate thread. This was mostly most notable while decoding an audio track on a CD, because the software must rip the track to memory.

Overall, I think I’m almost ready to release a version of this software to the world, so anyone with a DLNA-enabled player can use it. I’ve been testing it with a Hiby R3 Pro Saber. The only issue I’ve found is it seems to not work with the firmware update v1.6, so I rolled back and it seems to be working. I’m not sure why it fails to play back since the Hiby R3 DLNA software seems to be making valid requests to my software. It’s something that needs more investigation, but it works great with older versions.

I will keep everyone updated as I do more coding or fix any other issue that may be found.