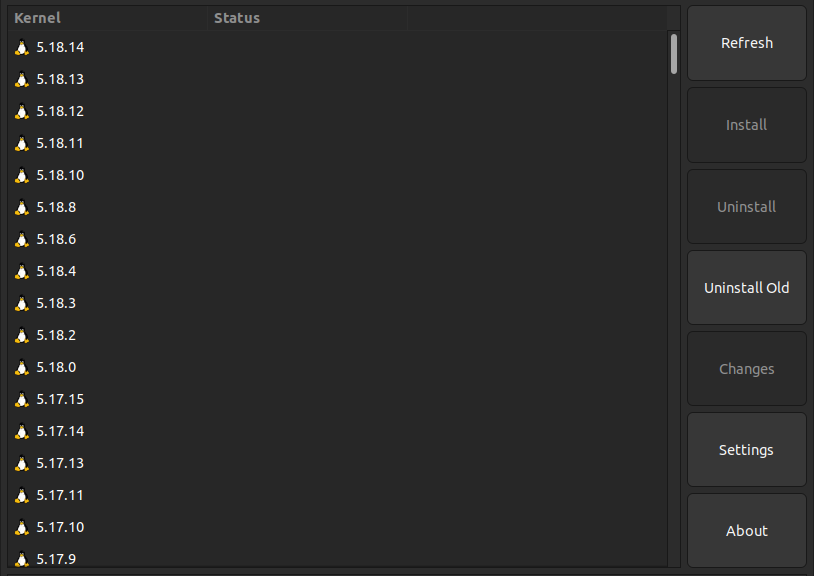 Today, I´d like to show you how to install the latest Linux Kernel in Ubuntu. There’s a software called Ubuntu Mainline Kernel Installer that allow us to do exactly this.

Linux works with the Linux Kernel, and that means that Ubuntu uses it, of course.

The latest stable version of Ubuntu: 22.04, uses the Linux Kernel version 5.15, but with the Ubuntu Mainline Kernel Installer, we can install up to the current 5.19-rc8 version. Note that this version is a Release Candidate, which means it is still in development. You can also install the 5.18 version which is the latest stable Linux Kernel version.

Before installing the tool, we first need to add the PPA repository, so that apt can find it an install it. To do it, we use the following command:

We then must press Enter to confirm adding this repository:

The repository will be added and it should update the available packages. You can also update it with apt after to make sure it refreshed the package list:

To install Mainline (the package for Ubuntu Mainline Kernel Installer), we use apt to install it. The package name is simply called mainline:

We confirm we want to install the package dependencies that may be shown with the Y key:

Mainline should now be installed after downloading and installing the packages:

Launching and showing all available kernels:

The Ubuntu Mainline Kernel Installer utility should be under the Administration app menu. If your desktop environment allow it, you can search for Mainline and it will show up:

Mainline will load and you will see a list of the stable Linux Kernels available:

To show unstable and development builds, we must click on Settings:

From there, we disable the Hide unstable and RC releases checkbox. Then, press OK:

You will now see the current latest development/Release Candidate version: 5.19.0-rc8. You can press Install to install it:

The installation will begin with some downloads:

You will be prompted for your password to install the Linux Kernel:

If everything goes well, you should see a success message in the log:

Now, you can restart your machine. The next time it loads, you can confirm it is running the latest Linux Kernel version by checking your distribution information. With Cinnamon, you can use the System Info tool.

Congratulations! You now have installed the latest Linux Kernel. You can continue to use this tool to keep your machine’s Linux Kernel up to date and it should show you notifications when a new version is available if you have those options enabled in the settings window.