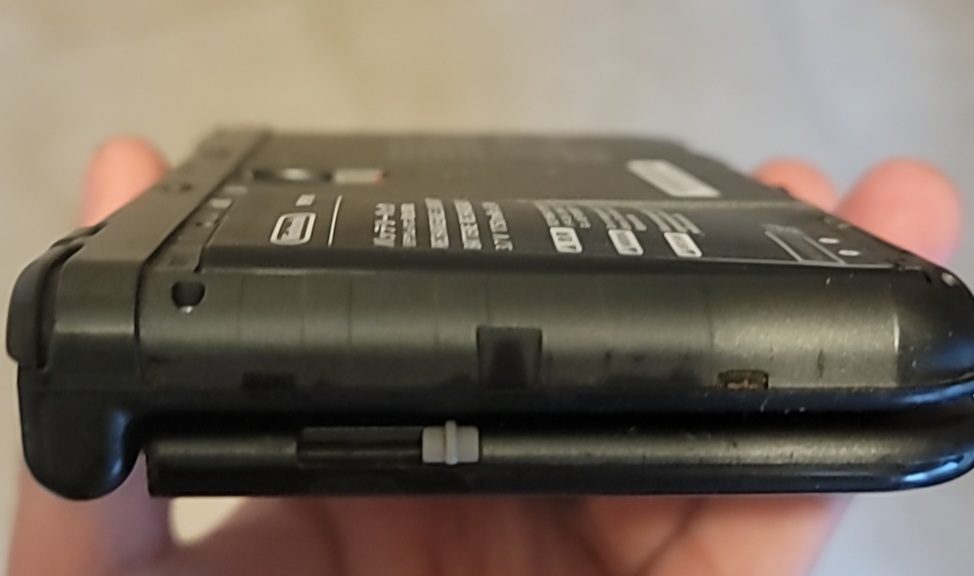 In the past week, I wanted to play with my Nintendo 3DS XL, which I’ve had since launch day. I opened the unit to manage some data on the MicroSD card, when, unfortunately, I noticed something strange with the unit, a swollen battery.

This is not new to me. I’ve had swollen batteries on my old phones and had to change them maybe once per year. Some batteries were not that swollen while others were more noticeable. Now, for this Nintendo 3DS, I’ve never replaced the battery since I got it, so it has actually lasted since the beginning. Another thing is that while the battery was swollen, the system would charge well. Who knows since when the battery was swollen, since I very rarely take out the Micro SD card.

X-Longer are batteries made by Cameron Sino, which I’ve had a good experience with their batteries in the past, so I decided to get it. Here’s a better look at the battery:

The battery just fits right in the console and charges fine! Now I can go back and play those Pokémon games I’ve still have to play.