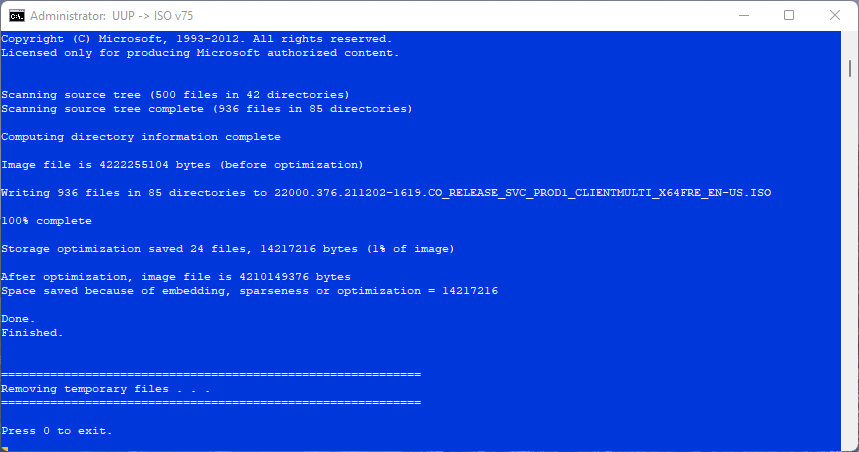 For some reason, when attempting to create the Windows ISO image using this “Upgrade to Windows 11”, it seems to download invalid files, and the whole process fails.

So, like we did when creating the ISO image for Windows 11 22000.318, where we had this same issue, we will be applying the same fix. For this, I downloaded the UUP files from Windows 11 22000.348, which is listed under the “Cumulative Update” section.

Note that in order to have uup-converter-wimlib include updates while building the ISO, we need to change the AddUpdate settings from uup-converter-wimlib’s ConvertConfig.ini file from 0 to 1. This will integrate the updates in the Windows ISO as it is being created. Otherwise, we will end up with a base image without any updates in it.

We can then run the Convert-UUP.cmd script:

This happens when using the aria2 download script that uup.rg-adguard.net generates. I have not tested using uupdump.net.