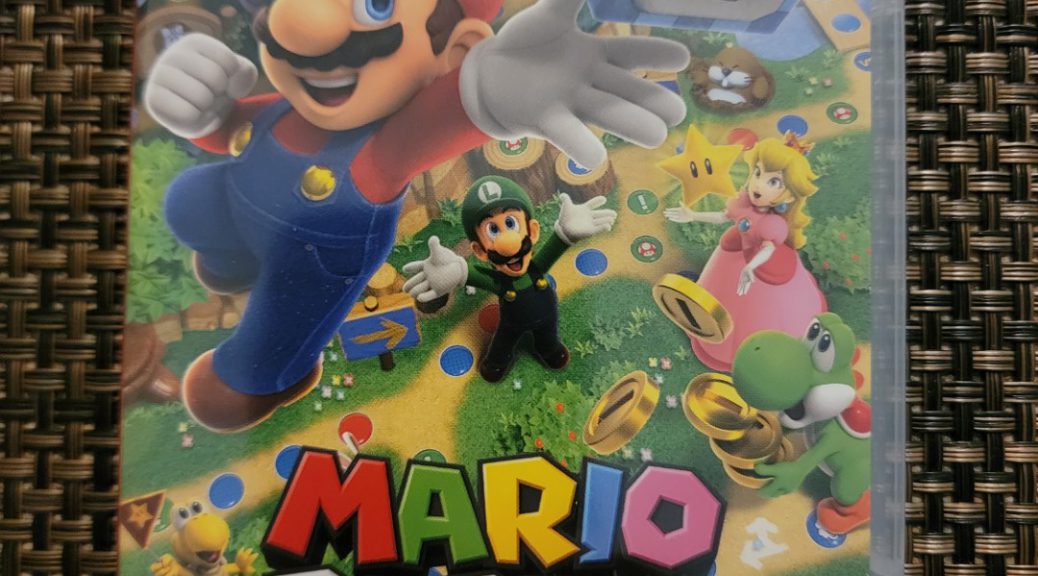 On Friday, I got the new Mario Party Superstars game for the Nintendo Switch and forgot to post about it over the weekend, so today I’m sharing it.

The game trailers and what was shown in the Nintendo Directs really caught my attention on this one, and I’m hoping it doesn’t disappoint. We can see the usual Mario Party style image in the front of the box while we have a few screenshots of the game itself on the back.

Inside, we are presented with several Nintendo characters, more images, and the game cart itself.

The game cart is simple in design. I guess the different icons there are from the minigames. I’ll have to find that out.

And here I am ready to play the game on my Nintendo Switch. I have to say I’ve been playing Wario Ware: Get it Together (The most difficult game in the franchise I’ve ever played), but my attention will now shift to Mario Party Superstars.

You can get Mario Party Superstars on Amazon at the following link: