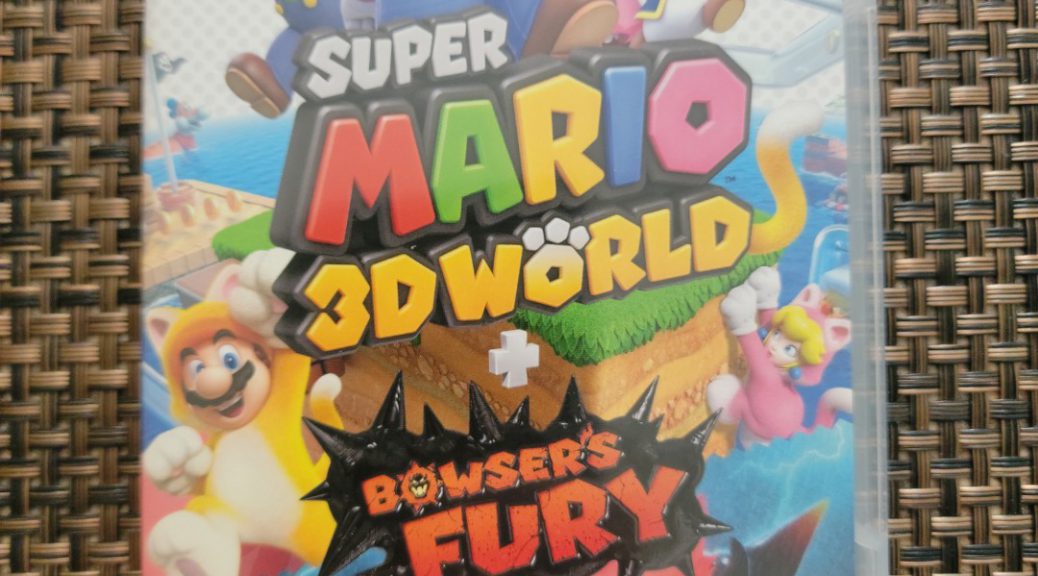 On Friday, February 12, I got the new Super Mario 3D World + Bowser’s Fury game for the Nintendo Switch. For this release, Nintendo also released 2 new Amiibo figures, the Cat Mario and Cat Peach Amiibo. We’ll see the game box and cart as well as the Amiibo in this post.

The game box art is almost identical to the box art of the Wii U game, but it features the graphics for the Bowser’s Fury mode:

Here’s the back of the box:

Opening the box, we see a huge graphic from the Bowser’s Fury mode:

Let’s take a close look at the game cart:

And here’s the game cart outside the box:

When inserted in the Nintendo Switch, we see the following image:

Nintendo released 2 new amiibo figures to celebrate the game release. They are the Cat Mario and Cat Peach amiibo.

Here’s a look at the front of the Cat Mario Amiibo box:

And a look at the back:

Finally, here’s how the Amiibo looks outside of the box:

Here’s the back of the box:

And here’s the Cat Peach Amiibo outside of the box:

Finally, here’s a photo of both Amiibo side by side:

Before playing the Nintendo Switch game, I’ll play the Wii U version, since I still haven’t played it.