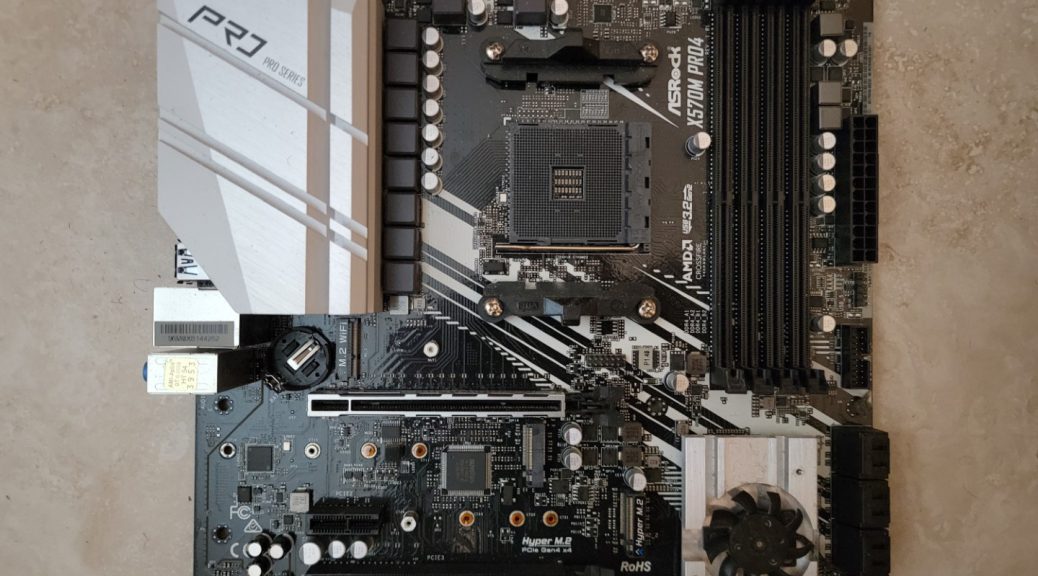 Today, I experienced a motherboard failure. My ASRock X570M Pro4 decided to no longer power up.

This happened while I was rebooting my machine to install the latest BIOS update, 3.60. I used the Windows Recovery menu to boot straight to the UEFI settings and was able to turn off the fTPM setting as required to perform a BIOS update. I saved and exited the BIOS but forgot to press the key to go to the BIOS settings again. I then turned off the machine by using the case power button, and that’s where the board decided to die. After it turned off, I pressed the button again to power it on, but I was not successful. The board was also configured to power on upon a power failure, so I switched the Power Supply off and turned it on again, but it did not turned on.

I ruled out the following:

Maybe something short circuited in the board and since I normally did not turned off the machine, maybe this issue was happening already and now it can’t be turned on.

In the end, I ended up ordering the ASUS TUF Gaming B550M-PLUS with integrated Wifi 6. While this is technically a downgrade from the X570 chipset to the B550, my old ASUS B350M-A/CSM board is still going strong. I expect this new ASUS board to last while we wait for AMD’s Zen 4.