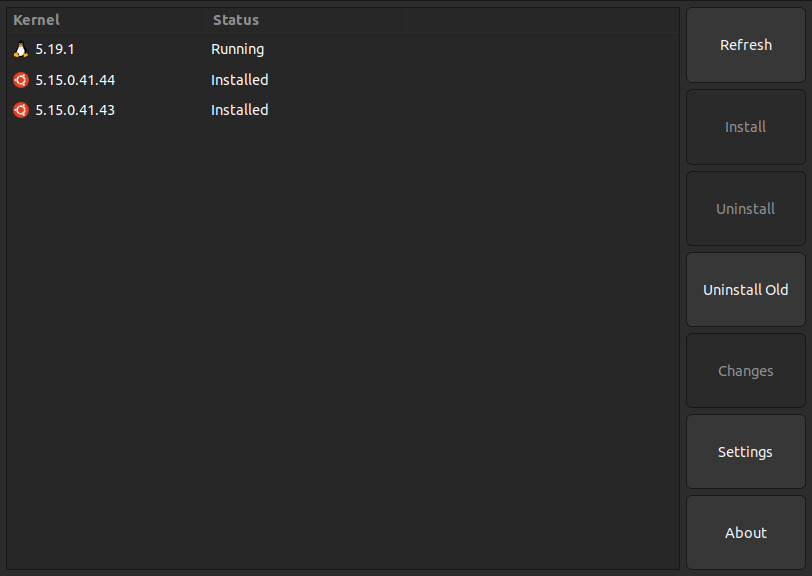 The Linux Kernel 5.19.2 was released on Wednesday, August 17, 2022. This kernel is a maintenance release that mainly brings some improvements and bug fixes.

As usual, we should be able to install this kernel in Ubuntu with the Ubuntu Mainline Kernel Installer tool, but when you open the app, you’ll notice that all of the Linux Kernels disappeared from the list, looking like this:

This has to do with the fact that the very first release candidate of the Linux Kernel 6.0 was released this past Sunday. Since this is a Release Candidate build, you should be seeing it in the list if you have disabled the option to hide unstable releases. Even with that, this build failed to compile for the amd64 architecture and is still not shown there. This starts a new major version branch which will hide all of the Linux Kernel 5 releases and we must change a setting to restore them in the list.

In order for Ubuntu Mainline Kernel Installer to show all of the Linux Kernel 5 releases, we must go to the app settings:

Here, we will change the “Show N previous major versions” number to 1. Since the new kernel branch starts with the number 6, we must add a 1 for it to show the 5 releases.

Now, you’ll see that the Linux Kernel 5 releases have been restored:

It is now possible to select the Linux Kernel 5.19.2 to install it:

Enter your password when prompted to install the newly downloaded kernel files:

The Linux Kernel 5.19.2 should now be installed:

Ubuntu Mainline Kernel Installer should now list is as installed:

That’s it! We have now installed the Linux Kernel 5.19.2 after changing a setting in the Ubuntu Kernel Mainline installer tool.