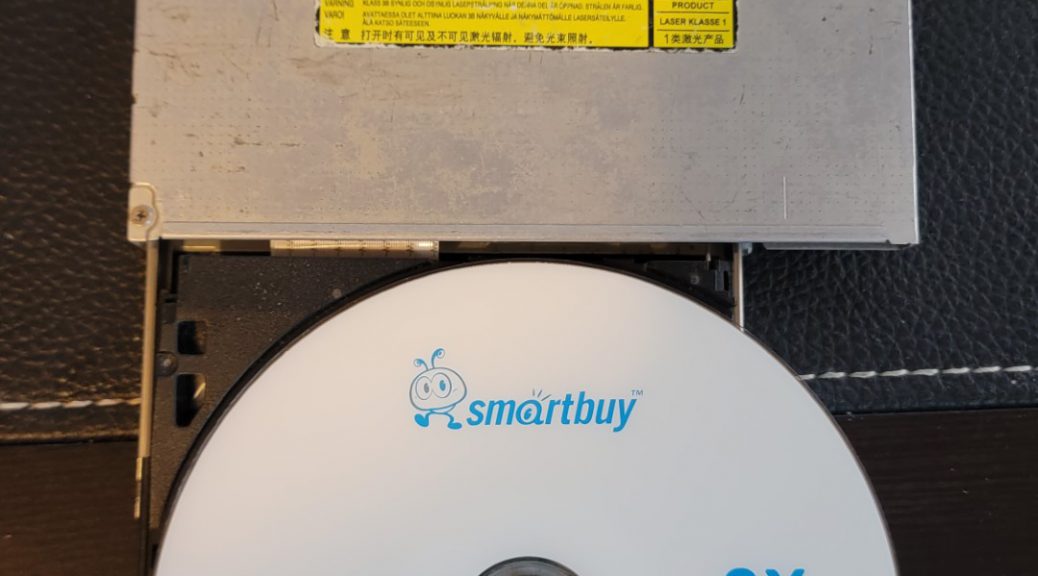 Today, we will see how well a SmartBuy DVD+R DL disc burn in the Panasonic UJ-260 drive:

This unit supports burning these discs at a speed of 2.4x and 6x. This post will focus on a disc burned at 6x.

Burning the disc seem to have gone well:

This drive burns dual layer discs using a Z-CLV strategy. It starts burning at 2.4x, then increasing the speed to 4x, and finally reaching 6x. On the second layer, it does the opposite, starting at 6x, then going to 4x, and finally dropping to 2.4x.

The disc verification was successful:

This is how the disc surface looks after burning:

You can see there are 3 visible zones in the disc, which are the 2.4x, 4x and 6x zones. It makes the impression that there may be more zones, but this may be because of the dual layer and how the writer writes the second layer.

We will now see some disc quality scans from the above disc. All of the scans are performed at a speed of 4x, except in the Optiarc AD-7561A, which does not support setting the read speed, and the AD-7740H, which only scans at 6x and 8x.

This is a very good scan with only a few elevated numbers in the 2nd layer and a spike in the PIE at the layer break.

This drive always seem to scan the PIF correctly but reports a lot of error in the PIE. There is a spike in the layer break for both the PIE and PIF reported in this drive.

Numbers similar to the LiteOn iHAS524 drive, except the PIE are a bit higher at the end. It also reports a spike in the PIE numbers at the layer break.

This drive always reports elevated numbers. At about the 5.5GB mark, there seems to be a PIF spike.

Elevated PIE numbers at the second layer, and a spike in the layer break.

A good result. There is no spike reported in the layer break, but it is in the PIE.

The Panasonic UJ-260 has been one of my favorite drives when it comes to writing Blu-Ray discs. I recently started to use it to burn DVD+R discs for archival purposes and it seems to do the job well done. The only issue seems to be at the layer break that some drives can detect. Since only a few drives see this, I can’t say for sure that the disc is a bad burn. The Panasonic drive itself verified it correctly and the other drives can read it fine as well. Therefore, it seems to have done the job correctly. On the other hand, this drive does not support DVD+R/DL bitsetting, so if you’re cool with that, this drive will work for you.

You can buy these discs on Amazon at the following link: