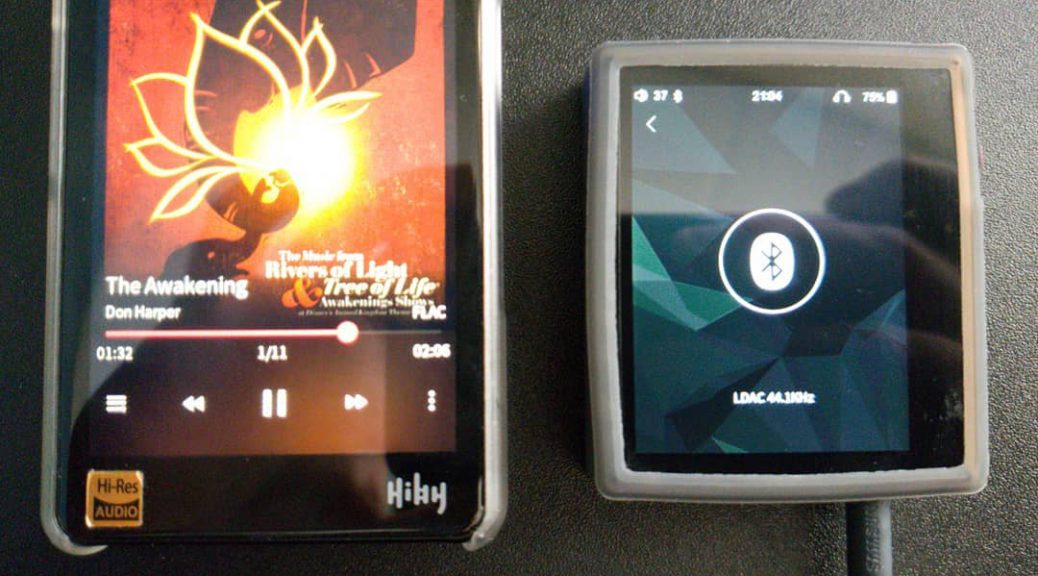 Today morning, it came to my attention that there was a new firmware update for the Hidizs AP80 Digital Audio player. I downloaded and installed it, and surprise! We have LDAC support now! This means that it can be used as an LDAC bluetooth receiver and should also work as a transmitted, altough I haven’t tested this mode yet.

To test the Hidizs AP80 LDAC functionality, I tried using my phone but for some reason it doesn’t work on either the HiBy R3 nor on the AP80. This may be a bug on the Samsung Android Pie beta software, or some sort of incompatibility in HiBy OS. Since this didn’t worked, I then proceeded to use my HiBy R3 as a transmitter and the Hidizs AP80 as as receiver. I logged in into Tidal in the R3 and tested the LDAC codec. It worked! Not only it worked, but the Sample Rate was also adjusted accordingly, meaning that standard 44.1Khz Tidal tracks will be transmitted and received at that very same sample rate. I also tested playing back one of a few Tidal albums that the R3 seems to decode in MQA and the sample rate again was adjusted to 88.2Khz

Here, you can see the HiBy R3 streaming a standard album and transmitting it via LDAC to the Hidizs AP80:

For my next test, I decided to plug in my R3 to my laptop and use Foobar2000 and Tidal in WASAPI mode. This makes the Hiby R3 a USB DAC -> Bluetooth transmitter. This also worked nicely:

I now have the perfect LDAC transmitter and receiver. There’s little delay, but the sound quality is better than using the standard SBC codec. Also it’s worth noting that when I used the HiBy R3 as a USB DAC and LDAC bluetooth transmitter in WASAPI mode, the sample rate was adjusted not only in the R3 but also in the Hidizs AP80, meaning if I’m using a sample rate of 44.1Khz in the PC, the same sample rate will be used in the Hiby R3 and Hidizs AP80. This is very convenient because there will be no downsampling performed. Also, the fact that the Hidizs AP80 also supports bidirectional USB, I could attach another DAC or Amp like the Hidizs DH1000 and enjoy high quality bluetooth sound.