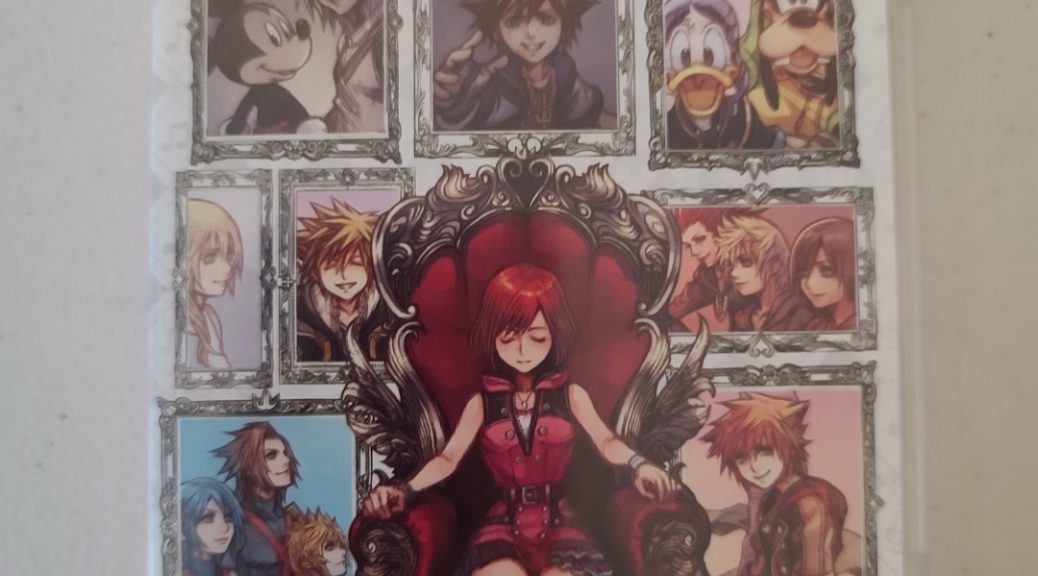 Today, we’ll see some photos of the case and game card of the new Kingdom Hearts: Melody of Memory game for the Nintendo Switch.

Opening the case, we just see some text and the game card itself:

And now, let’s take a closer look at the game card:

Music Rhythm games are one of my favorites to play, and this is no exception. While I haven’t played most Kingdom Hearts game, my first one was Kingdom Hearts: Chain of Memories for the Gameboy Advance. Then, I played the Nintendo DS games but haven’t played the PS3/PS4 games as I don’t own one and it’s unlikely I’ll get one either. Either way, I’m enjoying this game so far.