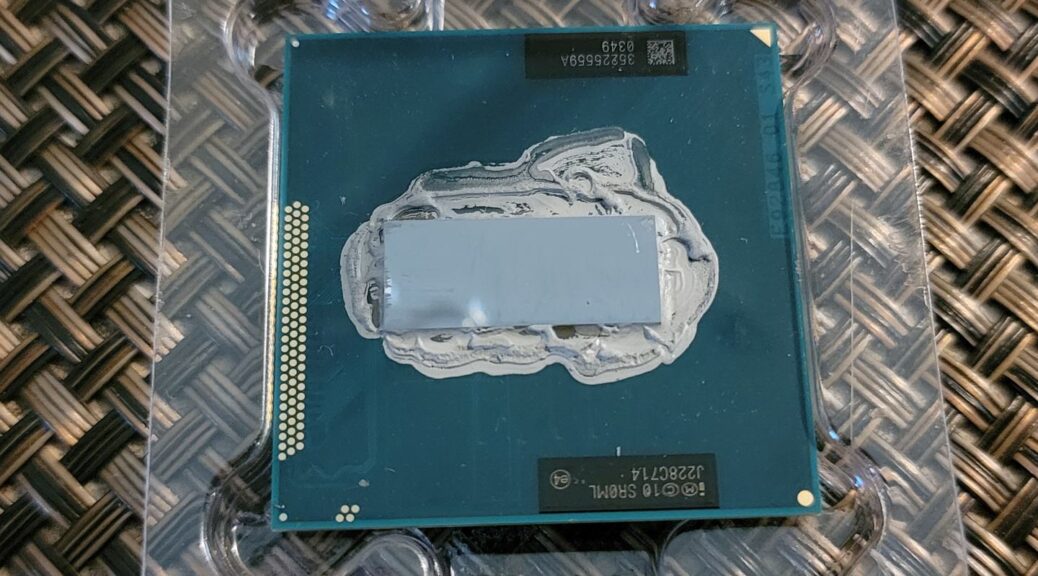 As I’ve been using Linux as my main operating system for a while, I’ve been doing some virtualization experiments to also use Windows with it. I discovered QEMU/KVM and virtio/VFIO PCI-Express passthrough, but unfortunately, one of my CPUs doesn’t support the Intel’s VT-d extension. This extension is used to enable direct hardware access, which enables us specifically to pass PCI-Express devices to the VM and act like if it was connected natively.

These CPUs are found cheap in used conditions nowadays. After all, it’s been 10 years since the 3rd-gen Intel CPUs was released. We are now in the 13th-gen Intel CPU era. That said, even though these are now several years old, they are still very good processors. The only exception to this CPU family is that it lacks the AVX2 CPU instruction set, but other than that, it works great, especially when paired with a dedicated GPU.

So, I ordered this CPU on eBay. Because this is a mobile CPU, these are mostly pulled from a laptop. I think this is a good way to recycle hardware, and this is how I came to use my Intel i7-3610QM after the laptop motherboard failed.

This CPU can be found for around $50 on that site, which is a good price, considering the hassle of disarming a laptop to take the CPU out. The seller wrapped it nicely and also placed it in a plastic container, in order to protect it during shipping:

I then opened my Mini-ITX machine to take out its Intel i7-3610QM:

It required a bit of cleanup due to the dust it accumulated. This is usual to happen when the cooler is one of those that sits on top of the cooler, as it pushes down air to the bottom. The socker looked good, so I took out the CPU out of the container and installed it, but before, I wiped it a bit to clean up some thermal paste that was still in the surface:

Of course, before placing back the CPU cooler, I applied some thermal paste from a tube I had that I previously used on my AMD Ryzen machines. The machine booted up, and I went to the BIOS to make sure everything was as intended.

The BIOS reported that it had Intel’s VT-d enabled already. I also went to the CPU info and settings page, and it detected it as it should:

So now, I’m happily passing through the PCI-Express graphics card to my Windows Virtual Machine that is set up in QEMU/KVM in Linux.

In other posts, we’ll see some other accessories I got to further optimize my VM experience.