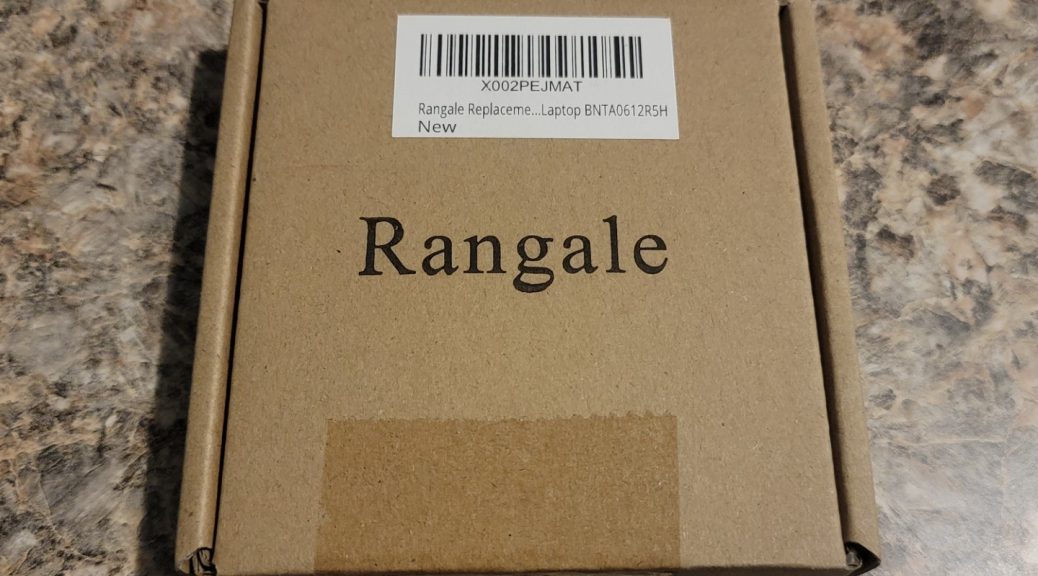 The last replacement fan actually lasted a whole year, which at least was something. I’m not sure how long the new one will last, but we’ll see since it’s a different brand than the last 2. This fan also comes in a nice branded box, unlike the generic past one.

The fan is the only thing we have inside the box. It fits very nice and is wrapped on a plastic bag:

Here is the fan after taking it out of the bag:

Replacing the fan in this laptop is very easy. We simply need to take out the cover:

We then simply take out 3 small screws:

Here are the old and new fans side-by-side:

They are almost identical, with the fan being from the same brand. Finally, here’s the new fan installed:

So far, the laptop is working at optimum CPU speeds with no throttle. Only time will tell how long this fan will last.

You can get this fan at Amazon at the following link: 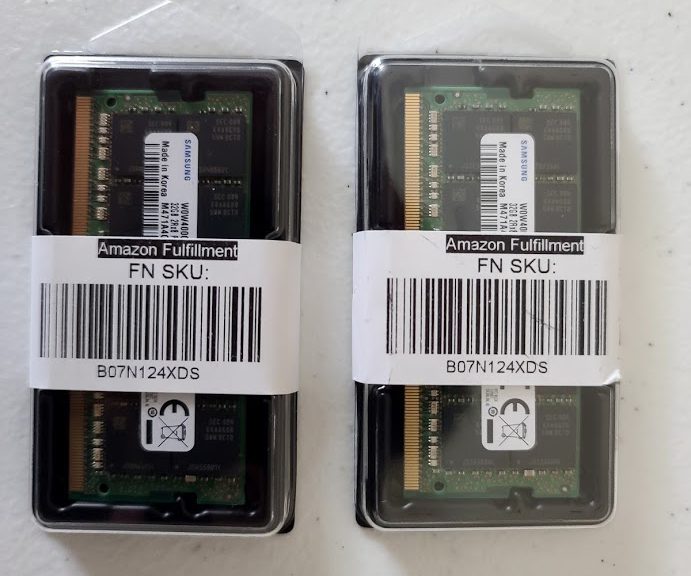 I’ve recently upgraded my Lenovo Y720 RAM to 64GB. This laptop came with 16GB initially, but it’s very easy to upgrade it.

I was browsing Amazon and found that the Samsung 32GB DDR4 SODIMM modules were the cheapest available, so I went ahead and ordered 2 of them.

Upgrading it was as easy as removing the back cover:

We can see the 2x 8GB RAM modules installed in the laptop here:

And here they are removed:

We will be replacing them with 2x 32GB Samsung DDR4 SODIMM modules with part number M471A4G43MB1-CTD:

Here we insert them in the laptop:

A vew of the laptop’s motherboard with the new RAM modules:

Here’s the Task Manager reporting the 64GB of RAM:

While the RAM should go up to 2666Mhz, the laptop’s CPU only supports it up to 2400Mhz. It also seems that CPU-Z could not read the RAM details, as the SPD tab is empty:

The most important thing is that now my laptop has 64GB of RAM which will be plenty for a very long time. 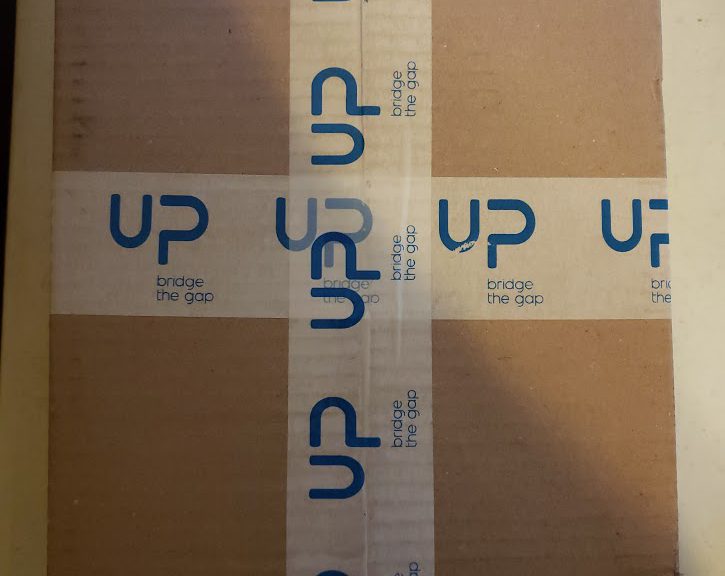 Today, I got a package with Up Tape in it:

I’ve been expecting to receive my UP AI Plus that I backed on Kickstarter last year. The project got several delays due to Intel CPU shortages, but last week, I received a tracking number from AAEON, which makes the UP Board and this just popped up today. It initially should have been delivered on Thursday.

I’ll be opening the box and seeing if this is definitely the UP AI Plus and I’ll share the photos with you soon! 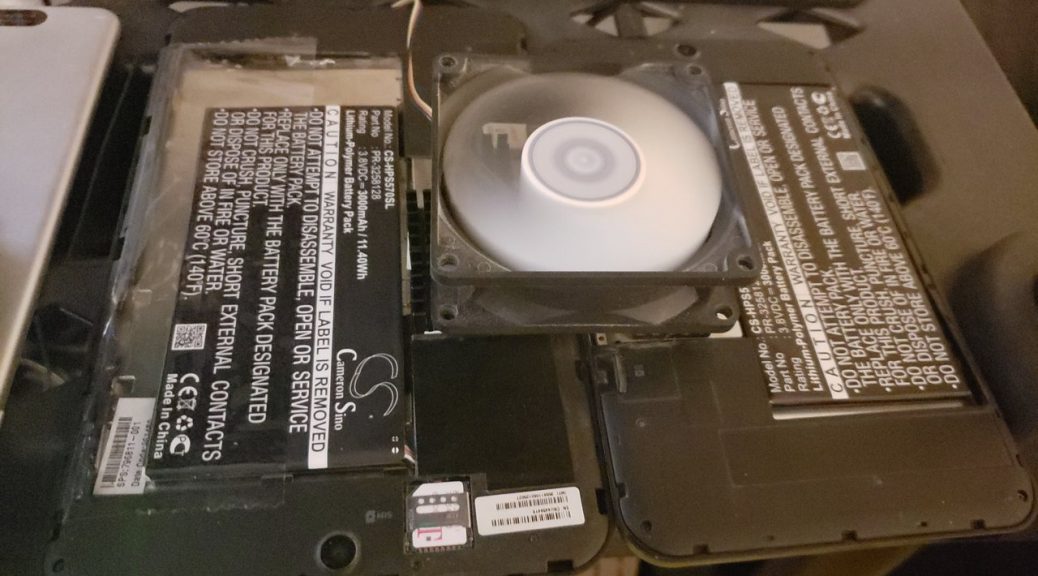 Today, I’ll share this picture of what I did during these weeks:

Right now, the tablets are back at crunching BOINC Tasks and helping humanity toward scientific research and also they are finding aliens (Really, they are!).

During this week, I’ll be sharing the Unboxing video of this battery in both English and Spanish, so stay tuned! 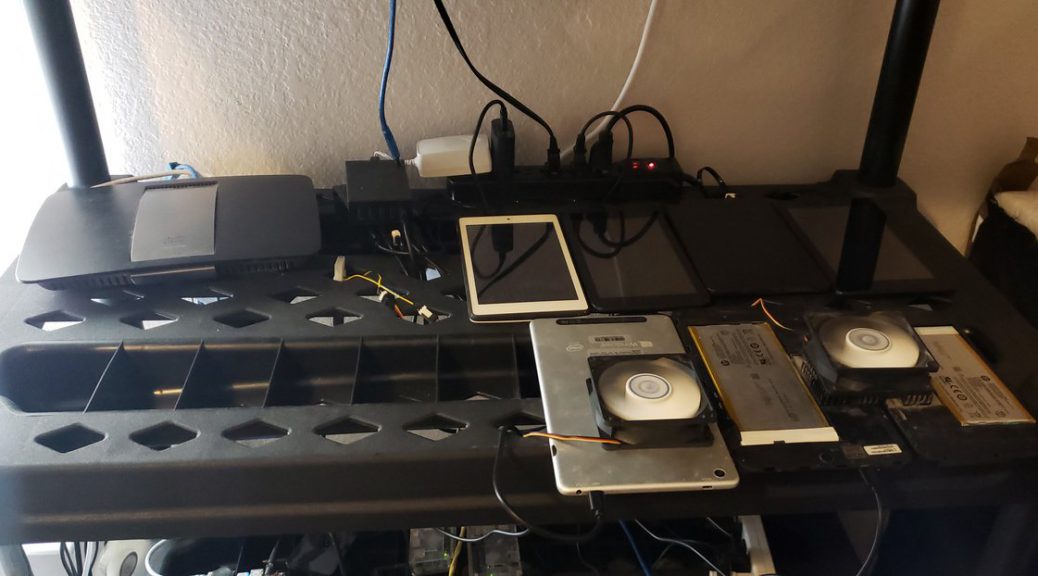 Today, I spent some time in the morning doing some cable management to the area where I have my mining tablets:

You can see I made use of the holes there to pass the cables and have a cleaner area. I’m also using some Aukey 5-port charging hubs to provide power to them. It works excellent. Also, you can see the router at the left which provides wifi to the tablets.

That’s all for this post. I hope this inspires you to do some cable cleanups 😁

In this post, I’ll like to show you the pictures and videos of my shiny new AMD Ryzen 7 2700X CPU which I received yesterday:

Here are the pictures of the box:

This is the unboxing video I made of this CPU. Hope you like it!

I’m using my current ASUS B350M-A to use this CPU. Before installing it, I updated the BIOS to version 4008. Then, I swapped the old CPU with the new one:

I then placed the included AMD Wraith Spire cooler:

It looks really awesome when we turn it on!

Watch the RGB lighting in action!

I’m really impressed. Running BOINC in this is really fast. The CPU runs at 4.00Ghz most of the time. I haven’t seen it go up but neither down. It is running at 3.95-4.00Ghz:

The project ODLK1 takes about 20 minutes or less to crunch a workunit per thread. This is an improvement from some 30 to 40 minutes it took with the AMD Ryzen 7 1700 stock speed CPU:

Video editing is also fast with this new CPU:

Please note that I’m running this CPU as is and I don’t plan on overclocking it. I’m very satisfied with it and hope it works excellent for me in all my daily tasks!

That’s all for this post and I hope you enjoyed it! 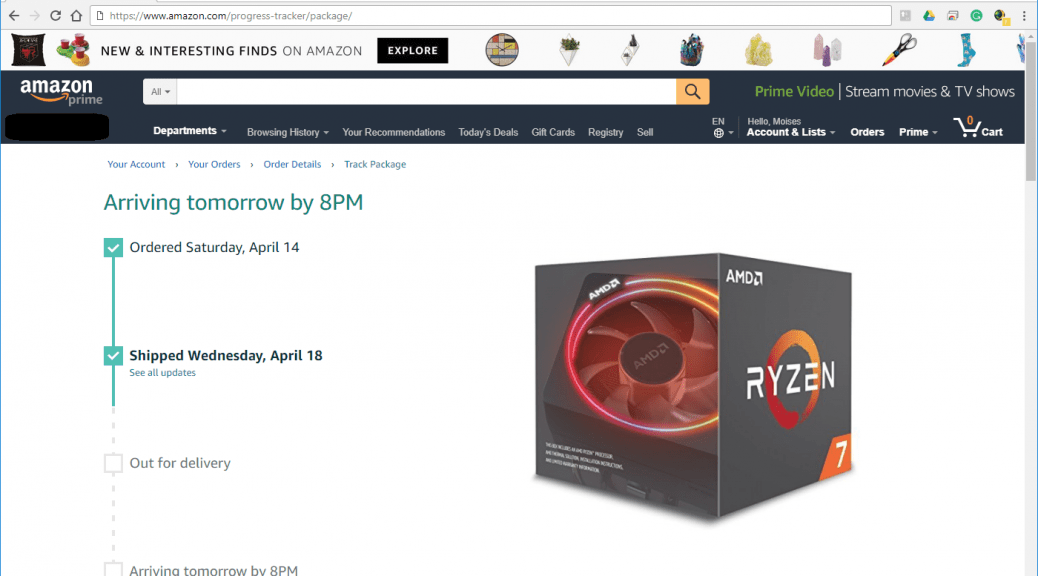 It is very unfortunate to say that these RAM sticks are dead:

They were an essential part of my laptop for some time now but ultimately decided to fail on me. I always put my laptop to sleep, but when I reached home, the machine would try to boot and then suddenly shut down, and restart on its own trying to boot. I took out the RAM sticks and tested one at a time, but it was a no go. Fortunately, I have more RAM sticks laying around so I installed another 2 spare 4GB RAM sticks and the machine booted! Not only did it booted but I think the boot was faster. No idea why, because both the new and old RAMs are 1600Mhz/s and are of the same capacity, although different brands.

So, now my laptop is usable again 🙂

Some time ago, I purchased the JET-5608AK SODIMM to DIMM Adapter. What this does is convert a SODIMM RAM module into a DIMM module. SODIMM is the RAM used on laptops, while DIMMs are the RAM used in Desktop computers.

The product came in a very simple box:

And opening it shows just the SODIMM to DIMM adapter very well protected:

The front of the device can be seen at the start of this posts but here it is again:

And the back of it:

I’m going to use this with an 8GB Samsung SODIMM DDR4 module from my laptop:

This is the front of it with the RAM inserted:

Inserting the module in the machine:

I’m going to use this module with an ASUS B350M-A motherboard and an AMD Ryzen 7 1700 CPU. I currently have 32GB of RAM in it. Using this would raise it to 40GB as I’m using an 8GB Samsung DDR4 SODIMM module:

But because some machines have compatibility issues, I’m placing the RAM alone:

That’s right. This module is NOT compatible with this motherboard or CPU, it seems. Even when placed alone or with the other RAM modules, the machine refused to boot. This could very well be the BIOS or can be the CPU itself not supporting SODIMM modules. After all, this CPU was released before the mobile AMD Ryzen CPUs were released.

Some people have got this adapter to work on their machines. You can read one of such reviews in Newegg, and there is a Reddit discussion of it over here.

Anyway, the adapter is not expensive and it was worth getting it to see if it would actually work. It would have been nice to use spare DDR4 SODIMM modules with my desktop.

All photos were taken using a Samsung Galaxy S9+.