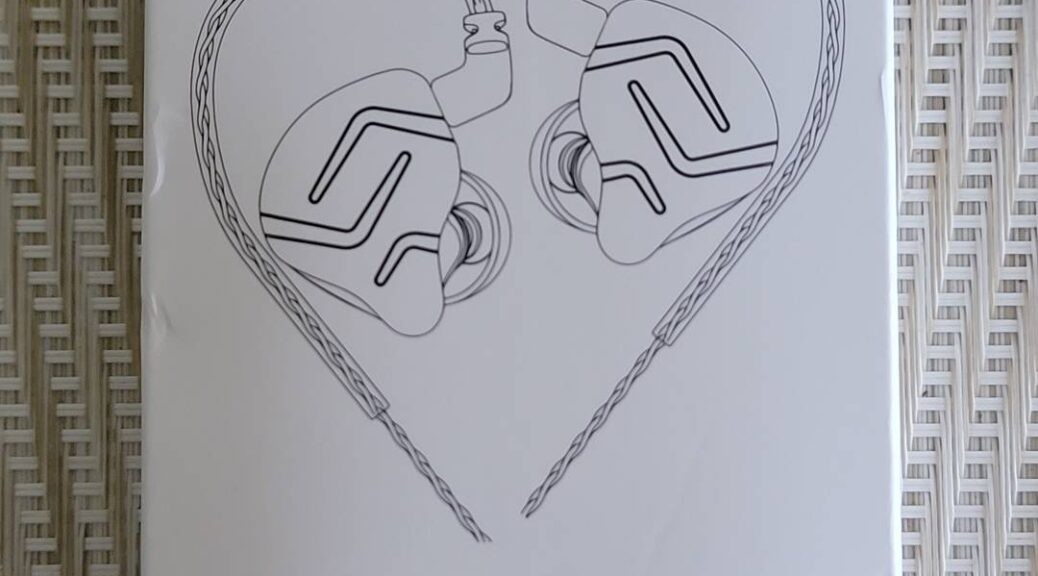 Today, we will be seeing the new KZ ZES IEM. This is KZ’s new model that comes before the newly announced KZ EDA. This model features a new 12mm dynamic driver along a 6.8mm electrostatic driver. It is similar to the KZ ZEX in terms of its speaker configuration, except that this one upgrades the dynamic driver to a 12mm version rather than the ZEX 10mm driver.

For this IEM, we get to see a sort of new packaging that comes away from the usual cardboard that holds the IEM, and instead comes in a new plastic container.

The rest of the packaging is as usual, coming with the cable and extra ear tips:

This time, I decided to go with the Mic Cable version:

The tips are the usual white star tips that they’ve been using in their latest models.

Here’s a closer look at the new KZ ZES IEM:

This is another great sounding KZ IEM. My impressions are mostly at the details. This IEM is slighly more V-Shaped than the KZ ZEX Pro and the KZ DQ6S and is definitely brighter than neutral or warmer. It does have great bass response but not as much nor warmer as the KZ DQ6S. The Mids seems recessed (hence the V-shape tuning), but the treble is very, very detailed. The vocals seem to be staged in the middle while the instruments in this range falls behind. The treble is crisp and non-fatiguing. You can hear guitar strings and cymbals with excellent detail!

Compared with the KZ ZEX

I really didn’t like the tuning of the KZ ZEX. It sounded muffled, lacked detail, and had a dark treble. The KZ ZES is a different sounding IEM with a signature that brings that ZEX missing treble and details while having a great bass response.

Compared with the KZ ZEX Pro

I think the KZ ZEX Pro is a more neutral IEM and not as V shaped as the KZ ZES. It fixed what the KZ ZEX lacked with the details and had a smoother sound. The KZ ZES lacks the Balanced Armature that the ZEX Pro has, but the ZES has even better treble and details besides this. Its bass response is increased too.

Compared with the KZ DQ6S

This is a great sounding IEM and is what the KZ ZEX should have been in the first place. It has great bass response, a clean, although a bit recessed mids, and a very detailed treble that seems to be tuned right. It would be interesting to see KZ using this new 12mm driver in newer IEMs.