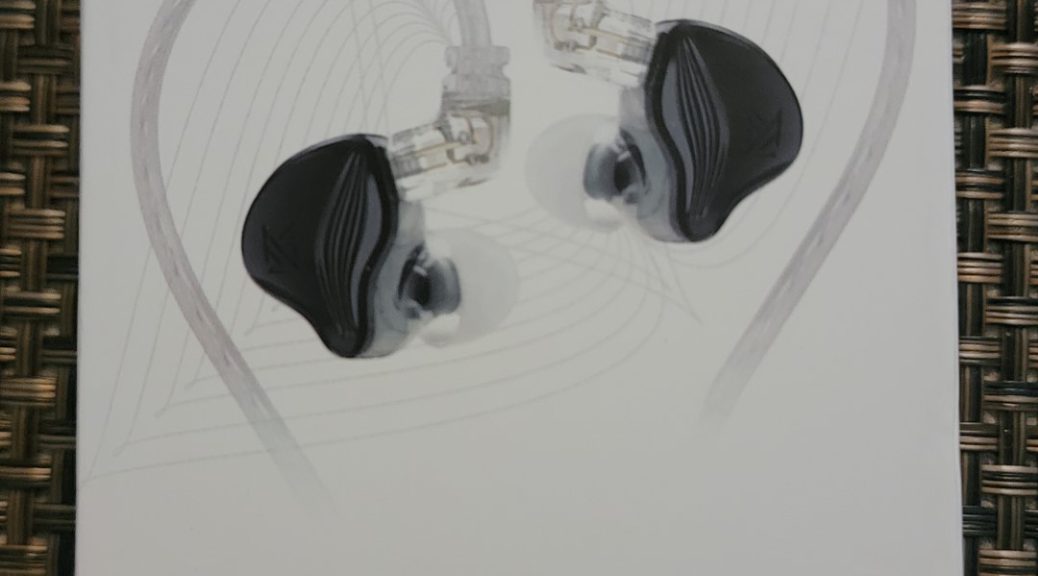 Today, we will be looking at the KZ ZEX. This is a 2-driver IEM featuring a dynamic driver and an “electrostatic” (electret) driver. This is their first IEM with this configuration, being their first hybrid to feature an electret driver.

The box we get is the typical KZ box.

Inside, we can see both units. The design is also similar to previous KZ models:

Included are also an additional set of tips and the usual cable. I got the non-mic version.

The headphone’s included default tips are a white version of their “star” tips, while the additional tip set is a soft, white tip what may not fit very well for everyone.

You can use third-party tips, but like the KZ DQ6, the nozzle diameter is smaller than other hybrid models, making some tips incompatible with it. Some of the tips that will fit are the Spinfit CP100 and the SednaEarFit Xelastec.

The first thing you’ll notice with these IEMs vs other KZ models is that the sound is warmer and darker at the same time. The bass is very well detailed and has more “boom” while the mids and vocals are forward. The treble is rather dark, with the electrostatic driver reproducing cymbal and similar sounds. It is in no way fatigating, but it lacks instrument details on some tracks. This is in comparison to the KZ DQ6. The sound separation is average, and I find the KZ DQ6 having more separation and detail. This is not a bad IEM. If you prefer a more forward sound and would like to listen to music for extended periods of time, this is for you, but if you’d like more sound detail, then the KZ DQ6 is a better choice.

KZ announced the KZ ZEX Pro on November 22. This one will combine all 3 driver types, meaning it will have a dynamic driver, “electrostatic” and a balanced armature. This model is being released rather fast given the ZEX was still a newly released model. I guess the KZ ZEX Pro should fix the detail issue and have a shinier treble. Mine’s already on the way, but given the delays in shipping, it may take a while for it to reach me.

KZ has yet again experimented with something new. The sound on these is interesting. It went away with their signature sound of having a lot of treble and detail, yet it also lacks in this department and if you’re used to the sound previous IEMs had, you may take a while to get used to the ZEX. I do like the amount of bass the ZEX has as well as the forward mids. It, however, can sound too forward sometimes. Also, the lack of detail and instrument separation makes me use the KZ DQ6 more than these. Let’s just hope the KZ ZEX Pro fixes this. It seems the bass and sub-bass dominates in this model.

You can get the KZ ZEX on Amazon at the following links: