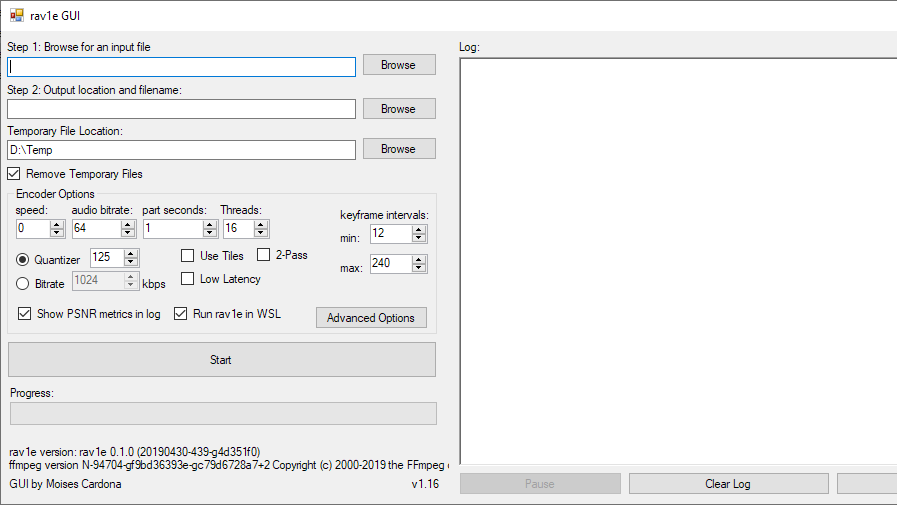 This release brings some new enhancements:

As usual, you can download this release on GitHub by clicking here.

This release removes the Unspecified option in the Range Advanced Option and now defaults to Limited. This makes the GUI compatible with the latest rav1e versions. 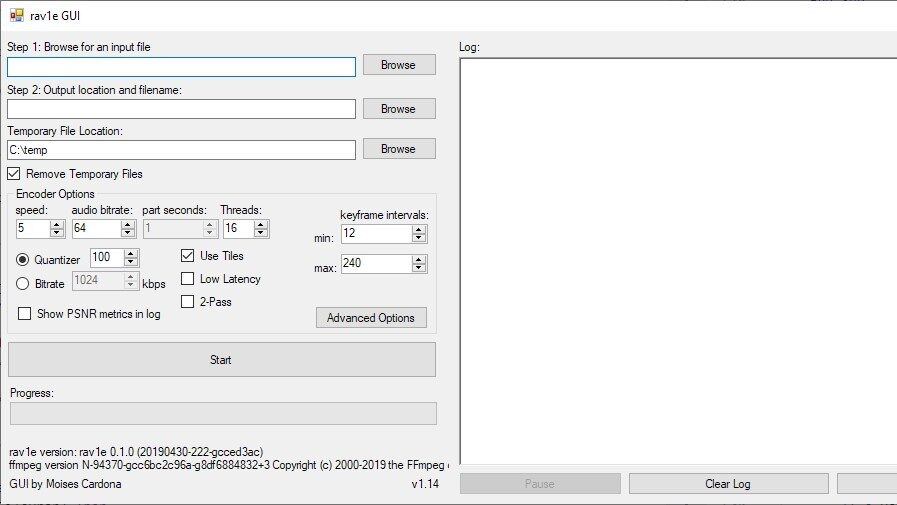 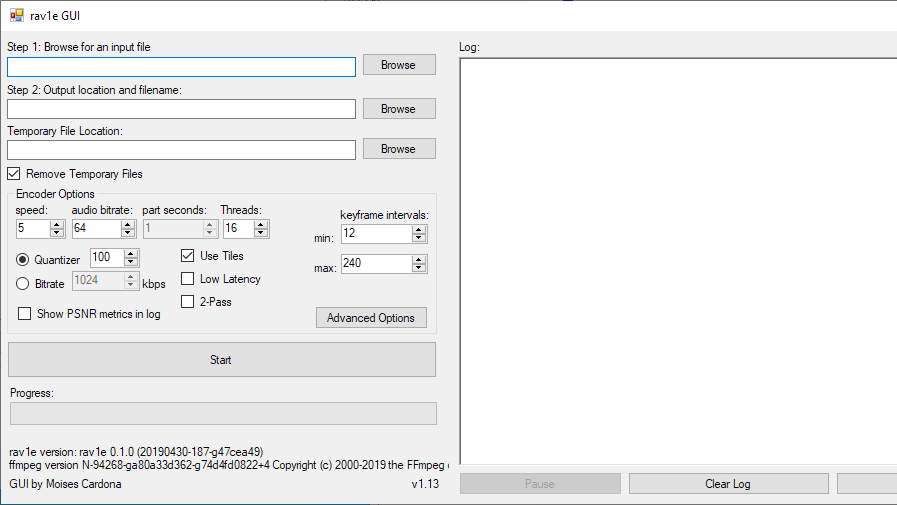 This new version fixes a problem when encoding videos with surround sound.

This new version adds support for tiles. It allows you to encode a video using rav1e’s multithreading. When Tiles are enabled, rav1e GUI will not split the video files into segments. Rather, it will use a single rav1e instance but it will utilize the amount of threads specified, which is passed as an argument to rav1e.

The Advanced Options window was updated to include the tiles row and column options:

This version also fixed a bug with the Low Latency option, and it is adjusted for how the option now works with the newer versions of rav1e. Also, the Speed setting was adjusted from speed level 3 to 5, which is now the default speed level in rav1e.

Lastly, Opusenc is no longer needed and the audio will now be encoded using ffmpeg, by using the libopus library. This reduces a step and saves a couple of megabytes of space.

You can download this new release at GitHub by clicking here.

This version is a bug fix release to fix a bug that happened when the 2-pass option was activated. This new version also updates rav1e to yesterday’s version.

I’m very happy to inform that the latest rav1e source code fixed the issue where the encoding would get stuck. Because of this, I was able to successfully test my Graphical User Interface for rav1e and the encodes were successful.

I have released this new version now. You can download it at the project’s repository release page here: https://github.com/moisesmcardona/rav1e_gui/releases/tag/v1.9

The changelog for this version is as follows:

Today, I spent the afternoon programming my rav1e GUI software. It’s been about a month since I last released a rav1e GUI update, and rav1e itself has improved by then.

While I still haven’t released a new GUI version, I did some programming to it to add some of the new rav1e features. Unfortunately, the tests were not successful and I believe this has to do to some in the encoder itself. Don’t worry, I’ve opened an issue and I hope to hear back. If this bug is fixed in the encoder, I’ll release the new rav1e GUI version 😁.

First, I placed the temporary folder location below the Output video path. I did this to have the text boxes easily accessible and to allow the path to be easily set.

Third, I added a 2-Pass option which at the moment does nothing. rav1e added this option but as far as I know, it’s not yet actually implemented. Testing the encoder using its limit function didn’t showed extended encoding times.

When we press the Advanced Options button, we get shown some more parameters:

There, I added 2 new arguments that rav1e now accepts:

And with that, I conclude this post. The above changed will be released soon, when rav1e starts working again and I can fully test them. I’ll let you all know when I release it. In the meantime, you can go to the rav1e GUI repo and try running the latest source code.