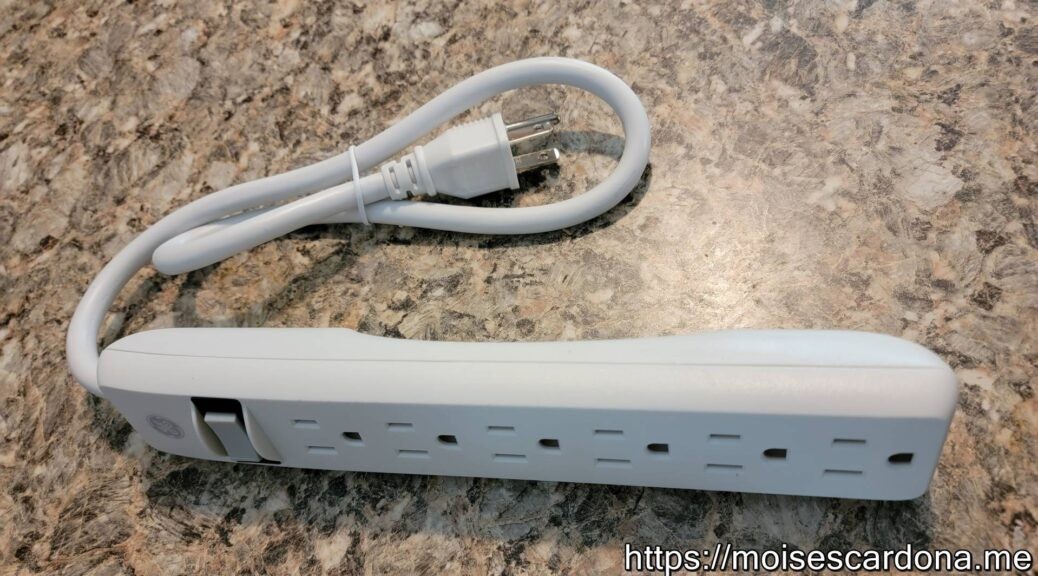 A couple of months ago, I wrote about the AmazonBasics 6-Outlet Power Strip disappearing from Amazon and having to go with an alternative power strip. I chose to order the GE 2-Pack 6-Outlet Power Strip which was similar to the original strip that I wanted to buy, and here it is:

As we can see, the packaging is very, very simple and doesn’t come in a box like the AmazonBasics power strips did. This means it is less protected, but also means we get a straightforward item.We can simply break the item detail carton and start using it right away:

Moving back to today’s date, it seems that the AmazonBasics 6-Outlet Power Strip made a comeback and is once again available on Amazon. Pricewise, the AmazonBasics 2-pack bundle is about $2 dollars more expensive than the GE 2-pack bundle. This may be due to the lack of the LED on the latter, saving a few dollars. In the end, it is your decision if the LED indicator is something you want to assure you that the strip is protected.

You can get the AmazonBasics 6-Outlet 2-Pack Power Strip here: