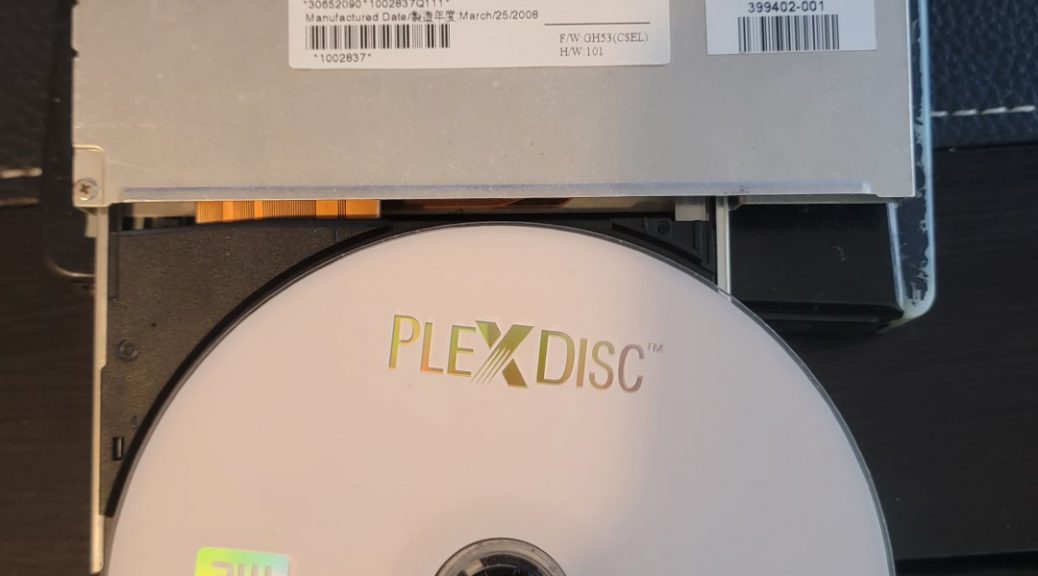 Today, we’ll take a look at how the PlexDisc DVD+R discs burns in the Optiarc AD-7561A drive.

We will be using ImgBurn again to perform the writing and verification. It reports the media code to be OPTODISC-R16-00 and supports writing at up to 8x here.

The disc appeared to have burnt fine, but the quality results seem to point out the drive is unable to burn a reliable disc at 8x:

It seems to be able to burn fine at the 2.4x and 4x regions, but once it goes to 6x and 8x, the burn quality is bad. Surprisingly, however, the disc was able to be read on the burning verification stage.

I retried burning the disc at 4x to see if it would produce a better burn, given that the 2.4x and 4x regions scanned well.

The disc burned in Z-CLV at 2.4x and then at 4x. It verified properly.

We’ll now see how well the disc burned in this drive at 4x by doing a surface quality scan on several drives.

As we can see, the burn quality is definitely better.

The Optiarc drive seems to be able to burn these discs reliably at the 2.4x and 4x speeds. Burning at 6x and 8x produces a bad burn at those regions.

You can purchase these discs on Amazon at the following link: